Don’t worry, this won’t take long. Instead of writing a 5-part dissertation about the slow agonizing death of journalism at the hand of so-called “content strategists” and the growing culture of “let the intern do it, he knows about that internet stuff,” I will just give you a little slide show today.

Exhibit A: This story from CBSnews.com about the effects of radiation poisoning.

Now, this type of piece is intended to attract anyone with either fears and concerns about radioactive contamination from Japanese nuclear power plants reaching the US, or people with a general interest in the effects of such contamination. A few years ago, when journalism (real journalism, I should say) was still the norm, such a piece would have been written by a trained (professional) journalist. This journalist would have researched the topic thoroughly, consulted previously published articles and studies on the matter, interviewed medical doctors, researchers and other experts, and would have carefully crafted a clearly written and informative article whose aim was to attract, educate and possibly entertain readers. To make sure that the article met the news outlet’s rigorous standards (reputations were still  important back in 2005 or 2006), an editor would have gone through the piece before finally signing off on it.

From a business perspective, this model worked for news organizations like CBS, NBC, CNN, the BBC, NPR and others. Relevance and trust attracted an audience. An audience meant circulation, impressions and reach, which in turn meant ad sales revenue and even subscriptions (if applicable). That daisy chain of value started with the news story. It always has and always will. “Content” has to be good in order to be sticky in the long term.

Fast forward to today. As editorial budgets continue to shrink and the news increasingly moves to the web, “content strategy” is quickly beginning to supplant editorial savvy at some of the world’s most prestigious news organizations. Which is to say that instead of employing journalists and editors to produce, write and publish stories to attract readers to advertising-funded content, news organizations’ web divisions are employing… well… I’m not really sure. Take a look:

The above screenshot is taken from a 9-slide reportage by CBSnew.com published on Monday 14 March 2011. Ignore for a moment the bizarre juxtaposition of the pretty, serene nuclear power plant and its benign plume of non-radioactive steam, and turn your eyes to the copy on the right hand side of the screen. This is the intro to the entire piece. It reads (and I am not making this up):

People are terrified about being exposed to radiation, including the stuff that some experts fear might leak from the quake-stricken nuclear power plants in Japan. That makes sense. Even if it doesn’t prove fatal, radiation sickness can cause some pretty awful symptoms – and often proves deadly.

Let me underline a few items I have questions about:

People are terrified about being exposed to radiation, including the stuff that some experts (which ones?) fear might leak from the quake-stricken nuclear power plants in Japan. That makes sense. Even if it doesn’t prove fatal, radiation sickness can cause some pretty awful symptoms – and often proves deadly.

“Even if it doesn’t prove fatal,” it “often proves deadly.”

What leaks out of nuclear power plant is “stuff.”

Who needs actual experts when only the mention of experts will suffice?

And when your paragraph seems a little light, add in a worthless sentence to pad it – preferably something along the lines of “That makes sense.”

Not to mention the tabloid title “8 terrifying symptoms” and the thematic ripples in the copy itself, like “People are terrified about being exposed to radiation” and the quick-fire use of words like fear, awful, fatal and deadly, all in just 3 sentences.

But wait, as the infomercial says, there’s more:

The choice of istock photo is priceless all on its own, but here is the copy:

Nausea and vomiting are typically the earliest symptoms of radiation sickness. The higher the dose of radiation, the sooner these symptoms appear – and the worse the prognosis. Someone who starts to vomit within one hour of exposure is likely to die.

Sometimes people with radiation sickness feel bad at first and then start to feel better. But often new, more serious symptoms appear within hours, days, or even a few weeks of this “latent” stage.

My favorite part: “Sometimes people with radiation sickness feel bad at first and then start to feel better.”

If that isn’t useful information, I don’t know what is. Thanks for that life-saving tip, CBS News. Let me write that down in my handy dandy radiation survival handbook in case I need to remember it later.

We aren’t done yet. Now we come to either the Halloween blood or “I got in a bar fight” portion of the article.

The copy for the next “terrifying symptom”:

Radiation sickness can cause bleeding from the nose, mouth, gums, and rectum. It can cause people to bruise easily and to bleed internally as well – and even to vomit blood. The problems occur because radiation depletes the body of platelets, the cellular fragments in the blood that are form clots to control bleeding.

“… the cellular fragments in the blood that are form clots to control bleeding.” Really?

Nicely done. More than 24 hours after being posted to the CBS site, the typos are still there.

Funny factoid about the “sloughing of skin” symptom page (above): The acid-blistered hand has been replaced by a photo of a sunburned guy on a beach:

Note to CBSnews.com: In the vast historic and scientific archive at your disposal, do you not have actual radiation exposure photographs? I know this is all just mere “content” now, but still. That’s a picture of a guy on a beach. Come on. At least make an effort. Work with us here.

The copy from that particular gem:

Areas of skin exposed to radiation may turn blister and turn red – almost like a severe sunburn. In some cases open sores form. The skin may even slough off.

“Areas of skin may turn blister and turn red – almost like a severe sunburn…?” Mark Twain would be proud.

Criticism aside, I have to confess that I actually had to look up “sloughing.” It refers to a layer or mass of dead tissue separated from surrounding living tissue, as in a wound, sore, or inflammation. It’s basically dead, shedding skin tissue. I have to hand it to the writer: It’s impressive to see that someone who can’t string together three grammatically correct sentences has such an advanced medical vocabulary.

I wish it were over, but it isn’t. In this next image (see below), we learn that radiation from nuclear leaky “stuff” also causes male pattern baldness in middle-aged white men:

In another stroke of content strategy genius, we learn that having a cold (or the flu), as evidenced by the tissues, thermometer and nasally congested passed-out young man in the photo (see below) is also a terrifying symptom of radiation sickness. Oh wait… the copy says “Severe fatigue,” not “having a really bad cold.” Maybe those are… fatigue tissues. Maybe that’s a fatigue-meter too.

And who could forget this one:

The copy that goes along with this beauty:

Along with red cells, radiation sickness can reduce the risk of infection-fighting white cells in the body. As a result, the risk of bacterial, viral, and fungal infections is heightened.

And this whole time, I thought that terrifying exposure to radioactive stuff leaking from Japanese power plants just caused toe fungus. (Missed opportunity for a Lotrimin ad in the bottom right corner.)

Update: The image was soon replaced by a far more medically appropriate yet suspiciously pixelated photo of a young lady waking up with a hangover. (Can you get radioactive poisoning from a duvet?)

Because nothing says infection from exposure to radioactive “stuff” from Japan like a photo of someone wrestling with a period headache.

Where can I buy Potassium Iodine tablets again?!

In case CBSnews.com still hasn’t pulled this ode to journalistic excellence from its website, you can go check it out for yourself by clicking here.

All and all, not bad if this were a 5th grade school project, but not exactly stellar if you are CBS News or a USA Today. (Speaking of which, read this unfortunate “expert” column from USAToday.com if you dare.)

If this were an isolated incident, we could laugh at it and that would be that. But think about how many articles as poorly constructed as this one (though perhaps more subtle in their affront to our collective intelligence) you have run into in the last 12 months. Now probe your memories and think back to the quality of articles you used to expect from respected news organizations just 3 to 5 years ago.

Did a journalist actually write this? Did a producer select the images for it? Did an editor allow it to be published?

The more likely scenario behind the growing amount of “content” like this is that professional writing staff has now been replaced by grossly unsupervised interns, and that editors have been replaced by operationally removed “content strategists” (a catch-all job title generally referring to 5% actual content strategists and an unfortunate 95% of recycled SEO and digital content “experts” with little to offer in regards to execution). The result is usually akin to what we reviewed here today.

Compare to this relatively short article from the National Post which probably took less time to produce yet provides relevant information. Click here. (Thanks to Anthill Marketing’s Kim Brater for the link.)

Whether you’re a CBS, an Engadget, a Mashable, a HuffPo or even a multimedia communications department for a major brand, please don’t end up like this. And more importantly, don’t let journalism as a whole end up like this.

By the way, the book is out. Writing it was the hard part. I left you the easy part: Buying it. 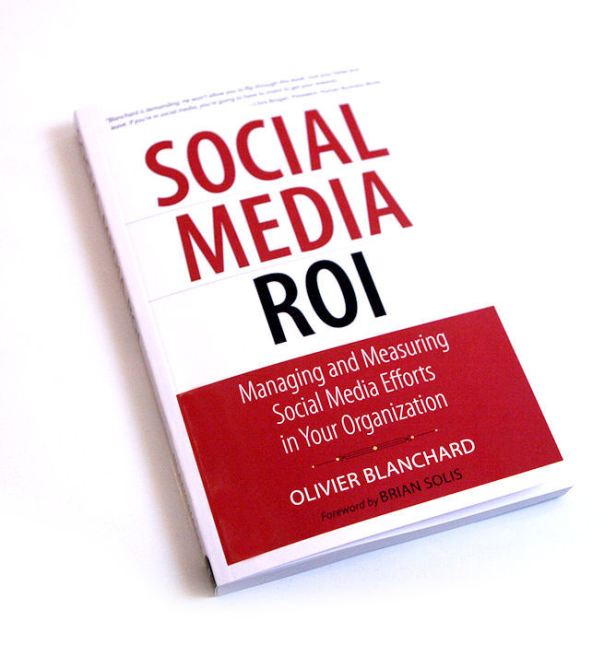 Though it claims to have something to do with Social Media ROI, I have no idea what the hell this is (Mashable)

49 thoughts on “Aventures Digitales: The quiet death of journalism at the hand of “content strategy””